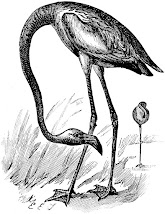 In previous posts I've mentioned my project of sorting through old pictures that I've digitized.   I'm going through year by year labeling photos and deleting duplicates and those that have been corrupted.  Well, yesterday I made it to 2013, and I found it was just too exhausting to face that year's memories at the end of the day.  I needed a break.

Many say that 2020 has been difficult, and it certainly has.  So many lives have been lost and so many families are faced with grieving and hardships.  We've all heard the stories, and have experienced the fears and suffered through this pandemic to varying degrees.  Lee and I have been isolated, but the hardships are small compared to what many are undergoing.  It's a lonely and hard time, and as I looked through my 2013 and 2014 photos I was reminded about how horrible a year (or two) can be.  I decided to share those years with you guys.  I hope you don't mind.  It does have a happy ending.

Now, in 2013 many things were happening.  We moved from Ohio to Virginia in February, in April we moved into our newly remodeled house, in June our son got married, one daughter had her 1st child in October, and our other daughter graduated and moved to her new job in October, too.  We were traveling and working like crazy people.  Although from the outside it looks like that year held so much activity and promise, it was one of the loneliest times of our lives.  I think it was because we were far away from our home of 20+ years and our friends and family were scattered far away from us. Plus, the house we were renting was in a very rural (and buggy and swampy) area of Virginia.  We were really isolated until we located a house in the Hampton Roads area.  We bought a little place a couple blocks away from the James River.  It was a very nice place to live.

Even though our son and new daughter-in-law lived nearby, they moved out-of-state shortly after we moved in, so we were quite alone and saddened by the loss of our son and little grandson and our newly acquired step-grandchildren.  Luckily, we were contacted by old friends, Terri and Edward, who lived in the area, and we re-established our friendship. Their friendship meant the world to us and we shared many good times over the next few months.  We were finally feeling less alone, but unfortunately, Edward passed away from kidney cancer in November.  Another loss.  But then came 2014 and things got alot worse...

During most of 2013 I was physically uncomfortable and very tired/worn out, so when my doc found a goiter in the Fall, we thought that was the cause.  He suspected thyroid cancer, and the biopsies showed a precancerous condition, but we decided to just watch it because thyroid cancers are relatively slow growing.  But in early May, 2014, I developed a pain in my stomach and my doc sent me for an ECG. I was diagnosed with esophageal cancer. I started chemo and radiation in June, and we put the thyroid cancer concerns away for another day.  Although I had heard the word "cancer" thrice before, the prognosis for this latest one was disconcerting...the odds of survival for esophageal cancer were very very low and its very fast-growing.  I started chemo and radiation which ended August 8th, and I was scheduled for surgery in mid September.  But on August 11th, I suffered a massive pulmonary embolism.  With Lee's CPR and the EMTs help along with several docs and nurses in the ER, I responded to treatment and survived.  After a few days in ICU, I was sent home to recover.  Surgery was postponed until October. 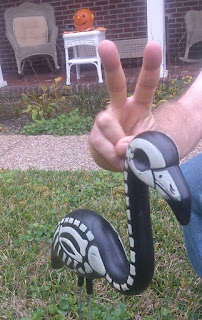 Surgery went well....they tell me.  I spent 10 days in ICU, then 7 more on the general surgical ward.  By Halloween, I was home recovering.  Recovery was a long hard slog, as they say.  But I did recover.  Lee was my rock....he learned to cook, to consult Dr. Google, to nurse me, to clean the house, to pay the bills, and tend to the garden.  He even decorated for Halloween.  He did all he could to keep me going, which is saying alot.  The man knows how to pray....and he's good at nagging me, too.  Our neighbors came over often to keep us company and bring food, and Terri came by too which was just so wonderful.  We love to talk politics.

Recovery took months and months.  I remember on New Years' Eve I was struggling with side effects of the medications and dealing with the pain still.  Most of the recovery time is a blur, and that's probably a good thing.  I do remember Lee and I taking short trips around the area trying to find something interesting to look at and/or do.  There are so many beautiful sights around the Chesapeake Bay area, and we did enjoy them. Yet....We still felt terribly out of place, and for me, there was an unrelenting undercurrent of loneliness. 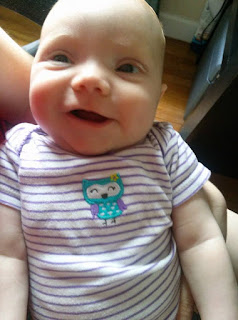 During the months to follow we traveled to Charlotte (NC) quite a few times to visit with our sweet new granddaughter and her mama and papa.  Our visits were wonderful.  After one of our trips, while coming home, the loneliness started to set in again as we got nearer and nearer to home.  We got talking about how crazy it would be to pick up and move again.....maybe to North Carolina.  It was CRAZY talk!!!  We had just spent the better part of a year fixing up our home, dumping a ton of money into it, and we had only lived there a couple of years.  Well, the crazy talk continued on, and finally we decided to look into finding a new home.  Somewhere near one of our dear loved ones.  Somewhere with fewer bad memories....a place to start anew.

We called a few realtors who told us we couldn't recoup our remodeling costs.  We gave up the idea.  Then one day we talked with an agent who lived 2 blocks from us.  She told us that the others were full of beans, and we should be able to recoup our money and more, so we thought....why not try...what the heck.   Well, we had two offers within two weeks for more than our asking price!  That was very exciting, but the Charlotte housing market was really "hot" and listings were only lasting about 3 days before going into contract.   We seemed to be running back and forth to Charlotte every other day!  As our deadline to move out got closer, we were beginning to think we'd have to live in our camper until Spring.  Then in September our Charlotte agent called me to come look at a new listing.  We jumped in the car, and when we got there (5 hours later), she was excited that another new listing had just came online that morning, so we looked at both houses.  The first one was in contract by the time we got there, but the second was still active.  We looked it over, made an offer, and the sellers snatched it up that night.  We were all flabbergasted because we low-balled the offer.  This house wasn't what we had wanted, but it was what I called "passable".  Ha!  Well, it was ours.  Passable or not.  We were the new owners.  Well, after moving in we discovered some "issues", and we had to start the renovating process all over again.  Now, its like new, and it's our new home, and we're no longer sad to come home.  This was a good move. We just celebrated our 3rd year anniversary of buying this house.  And our little granddaughter is in school now and has a little brother, too.  We've spent 3 wonderful years watching them grow.  So, all in all, to me, 2020 isn't so bad.

May you all remain healthy and stay safe.  I'm keeping you in my prayers.  Until next time.....