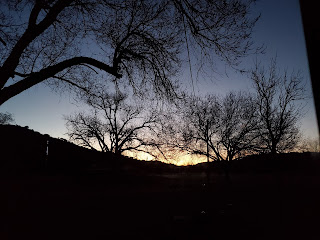 Gosh, it's been so long since I've even just VISTED my web pages. It's been over a year, sheesh! Hard to believe. Why? Well, I guess Life just seemed to get in the way, and that's not such a bad thing.
We have been traveling, and then while home, we've been fixing up the house/yard. By the end of the day, I've just wanted to plop and watch something good on the tube or work on my new project...learning how to transfer old home movies/videos into a digital medium. Yeah, that's been pretty time-consuming for me because I don't learn as rapidly as I used to, and retaining this new knowledge is even more challenging....yeah, I'm blaming it all on menopause, yeah, that's it, an event that occurred before the turn of the century, HA! Well, "it's my story, and I'm sticking with it", as they say.
Did you notice that most of the pictures on my site are gone? Poof! Nada! Zip! Gonzo! Well, it's a long story so let's just say that I had been having issues with some of my pictures on Google, so I made them all private. When I did that, they disappeared from my blog, too. That's what happened. Since it would be a tremendous amount of work to replace those pictures, I just deleted many of my old posts, keeping a few that were more narrative-ladened than photo-ladened. Those posts remaining will just be pictureless. It's not perfect, but its just going to have to suffice. I'll be revamping the splash page though, and that'll happen today. From here on out, I'll be posting pictures again. I enjoy reading a blog with photos, and I'm assuming most folks feel the same way. How about you?
Anyway, with all that said, let me tell you what major changes have taken place in our lives this past year.
Number One, as you may know, we lost our little Annabelle 2 years ago in April. After a few months, we adopted a kitten, Sammy, and when he was about 9 months old, last April, he went missing right with the onset of the CV-19 self-isolation measures we were doing. We were simply heart-sick without him...afterall, we had been the 3 musketeers, and his loss so close to losing Annabelle was pretty devastating. We looked and looked for him, then the shelter said they had a cat that resembled Sammy, so we went over to see right away. Well, it wasn't Sammy, but this little guy kept looking at us so longingly, we couldn't walk away. We went back in and adopted him. We named him Chipper, but he often gets called Sammy because he looks so much like ole Sam-man. He's been simply a wonderful addition to our lives. He's such a hoot and makes us smile every time we look at him...hence his name "Chipper"...he has really brightened our lives.

Number Two, we bought a new camper last summer. It belonged to a gentleman in Ontario, near Montreal, who had it custom built in 2011. He and his wife had used it to visit the Algonquin Park often, and when she passed, he decided to sell it. We saw it online, called him on a Tuesday, and he said a lady was coming up on Saturday to buy it, but he was willing to sell it to whomever got there 1st. So, we threw some clothes, money and Sammy in the truck and left for Ontario. We got there Thursday morning, and it was perfect for our needs. We bought it, and by Friday, we were on our way toward Toronto to have the builder install an air-conditioner. I must say, coming back over to the US was quite the ordeal, but they let us back in (yeah, we had doubts for a minute or two). All's well that ends well, and we've drug this little camper out to Texas and back already, but now we're kinda stuck at home. We had plans to spend the summer in New York and New England, but alas, these states won't let us Carolinians come in without quarantining for 2 weeks each. Sigh, 2 weeks in such a small camper would surely result in misery for each of us, so we've opted to stayed home. The summer hasn't been totally lost because we have been visiting State Parks here in North Carolina each week,  daytrips only....no camping involved. Lots of mountains and shorelines to investigate. Keeps us busy.
Lastly, but definitely not least, Number Three. Our youngest, Katie, was deployed to the Mid-East last Spring for 6 months. She was scheduled to leave the 1st of March, and in February we went out to Texas (where she's stationed) to see her off. But, her deployment was delayed and delayed and delayed, again and again and again. No answers or even ideas as to when she would be leaving. We had been kicking around Texas and thinking of visiting New Mexico and Arizona parks while waiting for her to get her orders, but some of the parks started closing down. We stayed in Texas, but decided to just come on back home because there were sooo many rumors circulating among fellow campers. We thought it best just to be home in case any of this crazy talk came to fruition....of course, none did, but we certainly weren't unaffected by the panic mongers, conspiracy theorists, and deny-ers.   We just really wanted to get away from all the craziness.  Time to get back home. The trip home was weird, just plain weird. A few people being distrustful  and fearful (anxious to get on with their prepper activities)...others just so happy to see a friendly face....and the roadways were very deserted. Many folks we met were like us, noting about how eerie it all was. It took us 4 days to get back home, and each stop brought a new perspective of the lock-down, or whatever you want to call it that we were going through. Interesting times for sure.  Sometimes it seemed as if nothing had changed, and other times we were lucky to find a restroom open for use.  Some gas stations wanted you to pay only inside, just as many didn't want you in the store.  So weird.
Now, fast-forward a few months, and talking with Katie, she believes she will be coming home by the 1st of November.  Yippee!  With each passing day we're more and more hopeful, and we're planning Thanksgiving at their home in Texas. Happy thoughts to keep us all occupied. Of course, she'll be in quarantine again when she gets home, but she gets 2 weeks R and R after that before reporting back to work. Yep, we are definitely looking forward to seeing her again and those Texas sunsets.
Well....I guess that's a good stab at bringing ya'll up-to-date. Hope Everyone is remaining healthy and safe. Until next time, Blessings to All....
~~~ Karen ~~~