Suffering from an Attribute of Reaching "A Certain Age"

So, its no secret that I've recently crossed into the 60s decade.  It really hasn't been that much of a big deal...been okay with it all, but this week, I've been struggling.

Way back when....when I was in junior high, a boy asked me to a dance.  Even though I was thrilled and said "yes", I soon began to rethink my quick response.  Heck, I didn't even know this guy's name, for crying out loud!  So the next time I saw him, I told him that I had changed my mind, and tried to explain.  But he just heard "no", and walked away, obviously hurt....I felt so bad.  Thus began a beautiful friendship with Mike.  Yeah, it really ended up being a lovely friendship....no lie!

As I got to know him, I really liked him, and told him over and over again how sorry I was that I handled his invitation to the dance so badly.  All he said to me was, "yeah, yeah".  So, I never felt he had forgiven me.....but he had.  All through school, we each went through minor boyfriend, girlfriend relationships that you do in high school.  We never got to the point of going out even though we both wanted to.  That is until my best friend, Hitch, decided to try to stop all this non-sense and throw us together after a couple of years of this.  So, one night she decided to ask (pressure) Mike into taking her and me to a drive-in movie that we all wanted to see.  I've forgotten all the details, but the upshot is that he didn't have a car to drive, but his friend had an International Scout (like a jeep with a hard top) so the four of us went to the drive-in.  In the BuckMobile.  What was the movie?  Don't remember.  But I do remember the fight.

Hitch came up with some lame reason that Mike should let her sit in the front seat, and change places with her, thus placing him in the back seat with me.  So, Mike was pretending at still being mad at me, and I was pretending that I didn't notice.  Then Mike's friend, Bucky, decided to start throwing Ritz crackers at Mike and me to break the silence.  Soon, Mike and I had crushed nearly the whole box of Ritz into each others hair and dumped what we could into each others' shirts.....and Hitch's and Bucky's, too.  We just laughed and laughed, then it started to rain.  Hard.  And, Bucky had two holes in the roof of his BuckMobile, right above Mike's and my heads.  And we had a 45 minute drive back home.  Well, Bucky found a red bandana in his pocket that Mike  stuffed into the holes to keep the rain from running into the back seat, but it soon became soaked through and through, and the dripping became a steady stream instead.  Yeah, the smell of the crackers mixed with my cheap perfume and his dad's aftershave....you can imagine how funny we all found this, too.  I'll never forget the sound of his laughter.

Mike was one of the funniest people I've known, and everyone who has known him remembers his laugh.  That night he stopped being mad at me, and we often laughed, and yes, he did ask me to another dance.  I had no date for my Senior Prom because my boyfriend and I had broken up.  Mike's little sister was in charge of making sure all we Seniors attended their Prom.  She asked Mike to take me, and he did.  We had so much fun.  We danced and danced and afterwards we and another couple went out looking for couples parking and petting.  We went on the hunt, but only got stuck in the mud.  He and the other guy ruined their white dinner jackets pushing us out, but yet when he got back into the car, he just looked at me and started to laugh again, saying "its only mud".

That was the last of our youth.  He went onto New York after college to try to break into showbiz, and I got married, moved away and had twin boys.  Mike ended up counseling troubled youth.
My marriage was a brutal one, and we divorced.  But one night my ex-husband was so angry I feared I wouldn't make it through the night.  I decided to call the people I loved and would leave behind ... to say my good-byes.  I called Mom and Dad, and I called my ex-boyfriend from high school.  Then  I called my friend, Hitch, and confided in her what my life had been like and how I feared that might be my last night to live.  I didn't know Mike was there visiting her family.  He got the gist of what I was saying to her, and he took the phone.  He talked to me for quite awhile.  He told me that he wanted me to be strong and to pack up everything and "come home where people love you" as soon as I possibly could.  I made it through the night, and the next day I packed up my kids and as much as I could carry and fled my home to stay with a co-worker the next days until I could move.  Eventually, I made it home.  It sounds odd, I know, but it took Mike's words to put everything in perspective again for me.  He saved my life that night, he truly did.

The last time I saw Mike, he came to my mom's funeral.  He's the only one of my friends who came.  He and I remembered Mom and he made me laugh and laugh.   No doubt, those folks who were there to pay their respects to Mom must have thought it so terribly inappropriate, but until then, I had not allowed myself to grieved.  He knew that, of course, before I ever said a thing.  He was a good friend, and a wise one.  He understood the human condition, and knew how to make it better like few can do. He evened earned State recognition of his work.

Mike lost his mother a few months ago, and last Friday, we lost Mike.  I'm one of those lucky folks that shared his laughter, and I am so much the better for it. 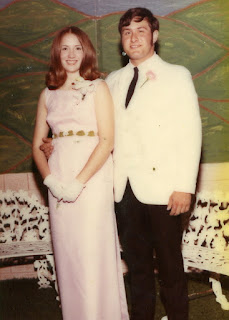